Aside from the appetite-suppressing effects of keto, one of the very first things I noticed when I started a ketogenic diet was the multitude of bathroom trips I had to make. If you've stumbled on this article, you too are probably wondering why you're experiencing this same “problem,” which can be quite annoying.

In this article, I'll outline exactly why you may find yourself making frequent trips to the bathroom on a keto diet, how long it will last, and what you can do to help offset some of the adverse effects that may come as a result. 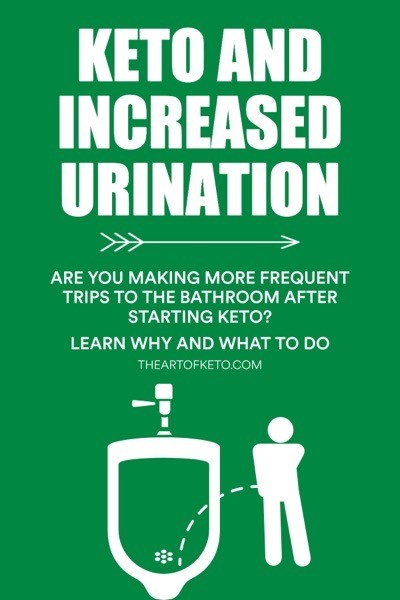 Three Reasons Why You Pee So Much On Keto

There are usually three main culprits when it comes to why you may be peeing so much on keto. In no particular order, the three specific reasons are:

Additionally, the dehydrating nature of ketosis causes the excretion of the body's primary electrolytes: sodium, potassium, and magnesium. If you're not mindful of keeping up with your fluid and electrolyte intake, this can often lead to some unwanted side effects, such as the keto flu.

When you begin a low carb or ketogenic diet, you're likely drastically reducing the number of carbohydrates compared to your previous diet.

For every gram of stored carbohydrate in your body, approximately three grams of water is stored. As your body begins to convert stored glycogen into usable energy, such as the absence of carbohydrates from the diet, water's expelled as a result.

Every gram of carbohydrate your body stores is like a mini sponge that soaks up three grams of water. When a carbohydrate is burned for energy, it's like squeezing water out from a sponge. The water is eventually expelled through the urine and sweat.

When the body excretes fluids, electrolytes are also lost as a result. In particular, when it comes to maintaining fluid balance, sodium is expelled rapidly, which causes even more fluid to be excreted.

Additionally, what I've found to be true with most people starting a ketogenic diet, they end up switching many of their food sources from pre-packaged foods to whole natural foods.

While eating a diet filled with whole, unprocessed food is a good thing, many of the foods you may have been used to consuming, especially pre-packaged foods and meals when eating out, are typically filled with a lot of sodium already. On top of excreting more sodium than usual, you may be consuming less sodium if you're not replacing it in your diet. 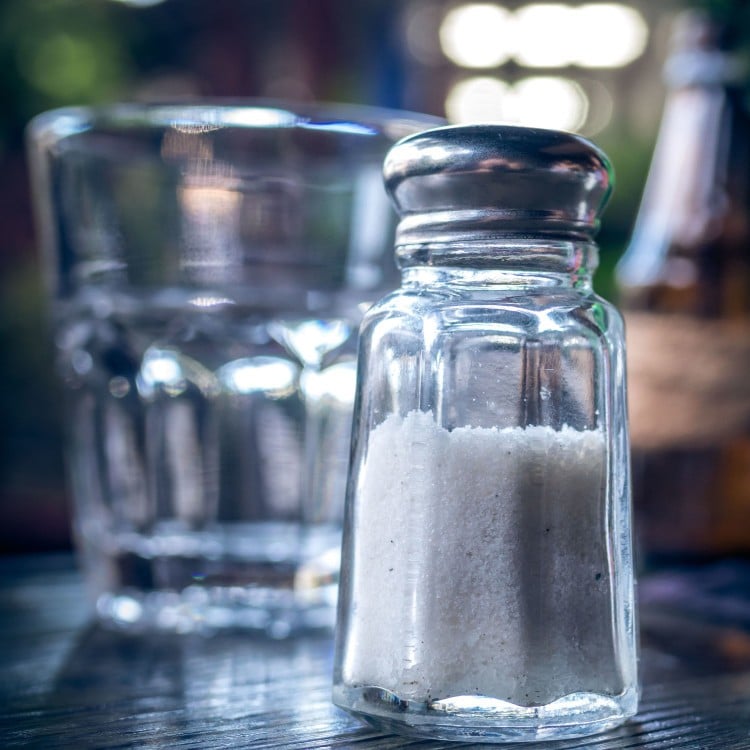 The diuretic effect of ketones

Lastly, while the exact mechanism is yet unknown, it seems ketones themselves exhibit a diuretic effect, which causes the excretion of both water and electrolytes. It may be that ketones are osmotically active, which may be inducing a diuretic-like response.

To help with getting in enough electrolytes, I would even recommend an electrolyte supplement that has a sufficient amount of both sodium and potassium. The following products were formulated with ketogenic dieters in mind:

How Long The Frequent Urination Lasts

Many will find that the frequent urination they experience on a ketogenic diet subsides significantly after the first week. You may find that the frequent urination on a ketogenic diet subsides considerably after the first three to four days when glycogen stores are used up, and you start entering a state of ketosis.

Commonly referred to as the keto-adaptation phase, it may take upwards of three weeks to a few months before your body becomes fully adjusted. After all, your body has been used to using carbohydrates as its primary fuel source for its entire life. From personal experience and the experience of many, it should only get better with time.

Also, this frequency is urination is why you may notice a large amount of weight loss on the scale the first week or two on a ketogenic diet. The significant drop on the scale is mainly due to the depletion of glycogen stores and the resulting loss of fluids you may be experiencing.

You may even be experiencing foamy pee on keto during this time, which many may mistake for a kidney issue.

Once your body begins to shift your metabolic state form burning carbohydrates as its primary fuel source to burning fat and ketones, the frequency of urination should subside even more-so and return to normal once keto-adapted.

You'll often find that weight loss will also tend to slow down after the first and second week if weight loss is your primary goal. It's not unheard of for people to drop between five to ten pounds in just the first week of starting a ketogenic diet.

While weight loss may slow down in subsequent weeks, there's nothing to fret or be sad about. The significant drop on the scale you experienced during the first week was mainly water weight. In the following weeks, your body's fluid balance is still adjusting, but if you're still in a caloric deficit, you will undoubtedly still be losing fat even if the scale remains the same.

You may even find your weight climbing back up a little bit as your body begins to normalize. This weight regain is likely some of the lost water weight being regained. I often don't pay attention to any feedback from the scale for the first three weeks with any new diet with myself or new clients. 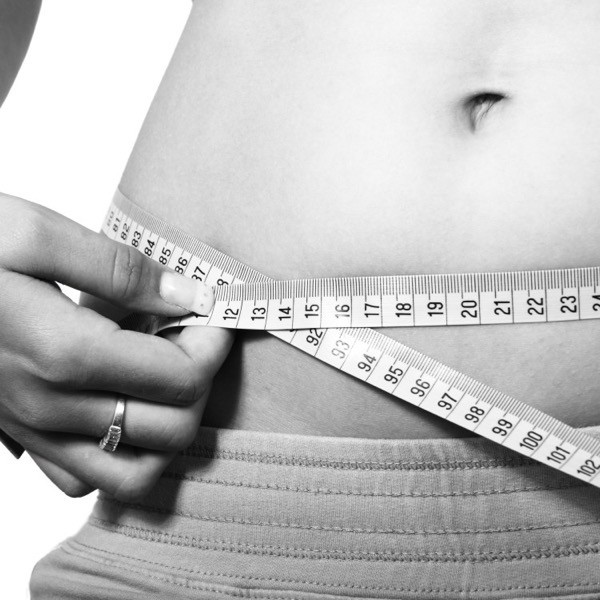 Friendly tip: Taking progress photos, waist circumference, or assessing how clothes fit may be a better indicator of fat loss.

Other Ketosis Symptoms To Look Out For

A large drop on the scale may be pleasing to see, but such a significant fluctuation in water and electrolytes can lead to some unwanted side effects. It may even leave you wondering if being in ketosis is a bad thing and if you should throw in the towel, but if you're educated on what to do and what to expect, it can make all the difference.

The following symptoms can be related to due to the very nature of this article, that is, the loss of fluids and electrolytes from expelling water so rapidly.

A common side-effect many people experience when starting a ketogenic diet is the keto flu. Many of the symptoms of keto flu are similar to that of the influenza flu: dizzy and lightheadedness, nausea, headache, tiredness, runny nose, etc.

Electrolytes, especially sodium, play a critical role in maintaining fluid balance and controlling muscle function. A decrease in fluid and sodium may lead specific individuals to experience heart palpitations, most notably an increase in resting heart rate and/or heart rate during exercise.

Learn why you may be experiencing an increased heart rate when first starting a ketogenic diet.

In addition to losing water and electrolytes from peeing a lot while on keto, you may also notice your body sweating more than usual.

Why you pee more when starting a ketogenic diet shares many similarities to why you may be sweating more on keto as well.

How Long Does It Take To Get Into Ketosis?

Many find that when you're fully into ketosis, the frequency of urinations returns to normal. How long it takes to get into ketosis may vary from individual to individual, but it's not uncommon to start seeing a large number of ketones produced within 24 to 72 hours. After 24 to 72 hours of greatly restricting carbohydrates, glycogen stores become low enough to cause the body to ramp up ketone production.

I conducted and wrote about my self-experiment in which I documented how long it took me to start measuring ketones in my blood. You can read more about my experiment below if you're interested.

How long does it take to get into ketosis? A self-experiment.

How You Can Offset Any Negative Effects

While water loss is inevitable, especially on a low carb or keto diet, the lost fluid and the electrolytes must be replaced to prevent any unwanted side effects that come as a result.

Most notably, many people will end up reporting “flu-like” symptoms, aka the keto flu, dry mouth, and general feelings of lousiness, which are generally side effects of an electrolyte imbalance and possible dehydration.

To help offset any side effects that may occur due to the loss of water and electrolytes, you must make sure to drink plenty of fluids and replace any lost electrolytes caused by frequent urination and/or excessive sweating. You can easily accomplish this by making sure you are drinking plenty of water to thirst and salting your food liberally and to taste. 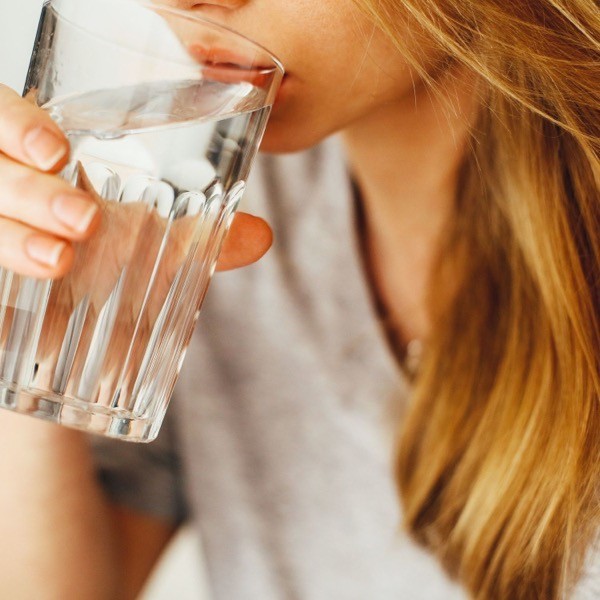 You can also learn more about the importance of salt from Dr. DiNicolantonio in his book The Salt Fix.

To help with getting in enough electrolytes, I would even recommend an electrolyte supplement that has a sufficient amount of both sodium and potassium. The following products were formulated with ketogenic dieters in mind:

The total weight and water loss will generally be higher for a ketogenic diet when compared to any other non-ketogenic or low carbohydrate diet. The rapid weight loss, in the beginning, is due to three leading causes: the diuretic nature of a ketogenic diet by way of carbohydrate restriction, less sodium, and ketones themselves.

Many of these side-effects are a regular occurrence experienced by many when starting any low carb or keto diet.

While a significant amount of fluid loss is expected, it's essential that fluids and electrolytes lost while transitioning to a ketogenic diet be replaced.

Replacing lost electrolytes and staying hydrated will, for the most part, offset any unwanted side effects. It may take a few weeks for the body to normalize, and the increased urination to subside.

You should help offset any adverse effects by making sure you're drinking enough glasses of water to thirst and salting your foods liberally to taste.